STOP II - We're back (almost) and better than ever!

Over the course of these last five months, which has actually gone over that time, we've all been hard at work (mostly I) on updates to Marble Blast STOP II which is Update 1.1 (a really huge update) for the game, containing many changes everyone asked for and some none asked for. A little bit of history before I talk about these changes and why they're happening. We're also going to be talking about what this means for World Records and other little things...and big things, I might add.

First of all, STOP II began as an actual modification to Marble Blast STOP, the first modification of the series that's a total mess -- a total joke. While the levels on the first modification did get high reception, there were many things that didn't which were the music (six second metal loop, get the hell out of my brain, seriously this earworm's not going away whenever I remember that stupid thing) and the texturing was off and horrible. We got a team together (Nockess and whirligig, lets say) and people contributed (HiGuy and beaujibby, lets say) and development of Marble Blast STOP II began. While I worked on most of the levels, I asked Whirligig about what code was needed in-game to make everything work, and during development, trial and error, we worked off and on from December 2017 to July 2018. We had it all planned: more than 500 levels, which got reduced to 250 because it was too ambitious, we had lots of hazards and a couple new power-ups...and lots of fixes to the game that we thought would be much better than the first modification.
As we worked on many levels, lots of testing happened between the Beginner and Intermediate levels but the advanced and expert levels were not widely tested (very bad game design) because I was rushed to get this game out on the date I wanted to get it out on. The lesson is learned here: Do NOT release the release date of a game, or even share it. The only exception would be if you're SURE your project would be released on that certain date. We had many trials along the way, some things were good and some were bad. When we released the game on July 6, 2018 things were (mostly) fine for the first few days until Matan (IsraeliRD) did a live-stream on Marble Blast STOP II.

Many changes had to be made to the game, and I had to make a personality change not only for the creation of Marble Blast STOP II, but I also began to change myself. I have to say that the stream really showed that modders, no matter who they are can receive harsh criticism from the community, especially admins. One user claimed to have gone harsher on purpose just for the sake of the stream, and from my understanding that was Matan's intent. You're not a true leader if you do this - every leader should treat people with respect and if they want to suggest something/want someone to do something, they have to do it constructively which didn't happen in this stream. More information at: this forum post.
But there were some users (notably in the Discord) and even a lot of users on the website who respected my request and came up with many suggestions that were constructive, and they even gave me an idea of how to implement these suggestions and ideas. Code was fixed up with Whirlgig, a lot of levels were edited, removed and re-ordered, they were play-tested throughout these five months and will continue to be tested. They have been tested by people I know in real life and people in my immediate family. I've also gone through a lot of the levels myself. Textures were changed, marbles were removed, many changes have been going on. I couldn't have made all these changes without all these suggestions, honestly. Things are going super well and it seems like people are looking forward to the next update of STOP II!

Here are a few important changes I want you to know:

Warning: Spoiler!
Teapots now have beacons on them, both tube and sphere to make them easier to find.
"Pathfinder" mode is coming in this update, which will allow you to move your camera to any point of a stage to test a pathway for a World Record time.
Many levels have been changed, re-ordered and removed. Additional levels have been added. There's 141 levels in-game now.
Fake Secondglasses are gone. Secondglasses now rotate. You can tell the difference between GOOD and BAD Secondglasses.
A more "helpful" Instructions Menu has been installed. One button still in the works.
Huge price reduction on a lot of marbles, with some changed, added and removed.
You can change the screen size to be Widescreen or Boxscreen now.
All of the GUI has (pretty much) been completely revamped. Looks a lot better, is a lot easier to navigate.
Many texture changes thanks to eBlu.
Many skyboxes have been removed. Three new ones installed.
With the Skybox and Texture changes, the game looks more realistic/futuristic than a mash of cartoony/realistic...which is horrible. Yeah, horrible.
There are many more updates to this modification than what you see here. Explore them for yourself when STOP II 1.1 releases!


What do these changes mean for Marble Blast STOP II and the World Record book?
- Well, for one thing, with all the levels changed/edited/reordered, every single World Record Time is now invalid. Any World Record on the Spreadsheet provided by Nockess is now relevant to 1.0 and not relevant to 1.1. Any World Record Times are fresh for STOP II 1.1 and gives users another shot at the World Records.
- STOP II will not only become easier to play, but it will become easier to complete - with all the recent changes, new features and additional CheckPoints, there's no doubt you'll have fun playing this modification.
- The older videos on the trailer for STOP II on YouTube have been taken down and fresh ones will appear in the future.
- Story Mode is still coming. But it's going to be titled and built differently with only 50 levels and a life-system.
- If things receive well, and I have motivation to continue on, I will be working on miniature-modifications in the meantime while I plan something big...if I ever decide to do that. 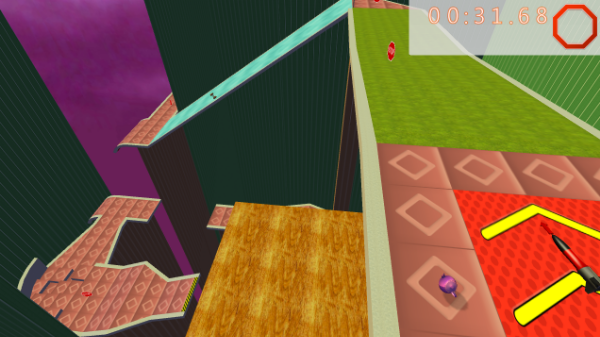 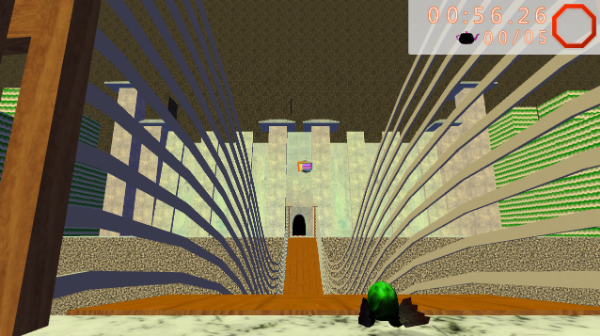 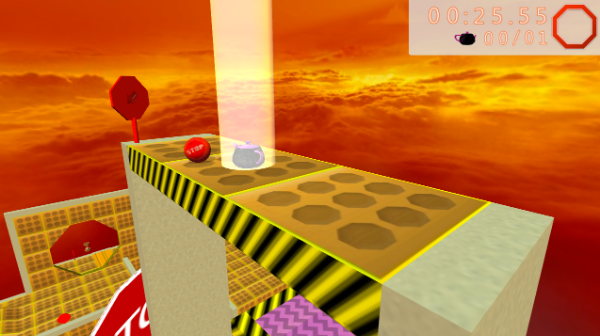 Thanks for viewing!
- isoplere
Isoplere - Marble Blast Modder; getting better day by day, update by update.