Less More
02 May 2018 08:09 - 02 May 2018 08:10 #1 by Isoplere
Nearing the end... was created by Isoplere
Okay. Let me just take the time to say that I've been working on this mod since December 2016. That's around 480 days of working on the mod with a month's hiatus. Since then I've been through trial and error and reached milestones I never thought I'd achieve. I will admit one thing: Marble Blast STOP II will never be as good as PlatinumQuest because PQ is, well, PQ. But I will fully admit that Marble Blast STOP II will, hopefully, become the greatest unofficial modification any non-staff member has created of all time. (Anything besides MBP and PQ.)

I've worked hard learning how to texture, how to build great challenges people will enjoy, become annoyed at and dislike, but well, why should you complain? Every game is going to have a block and a challenge where you think its impassible until you actually spend your time mastering it and beating it. I've learned to take criticism well, as long as its nicely said and not negative to the point where it will hurt me or someone else, but its all worth it.

Part of writing this thread brings some big news for everyone here. The game will be released by the end of summer at the latest. The BIG HOPE is releasing it on July 6th, 2018, two years after Pokèmon GO was released. Yes, exactly TWO YEARS.
But that's not all... As of 5/2/2018 all but two of the Advanced Levels (story mode levels) have been complete! They will receive touchups sooner or later, learning towards later, though.

I want to let you guys know that Marble Blast STOP II, even with touch-ups toward its release, is going to have some:
a. building errors
b. coding errors
and notably, c; texturing errors.
The first release of the modification doesn't end my journey through making Marble Blast modifications and levels. That's where the community comes in! I need your guys' help to find building, coding and texturing errors so I can fix them, or Rosie can, or Whirligig can, depending on what they are and if they're motivated enough to/want to help me out. Sooner or later (hopefully!) I'm going to get someone who I'm working on a revival with who knows a lot about server hosting and lots of coding to see if we can build a Master Server and get Marble Blast STOP II online so we can have record-tracking, events, and maybe special limited-time-codes and downloadable content for Marble Blast STOP II without having to put things into different folders, but if that will ever become a reality, that's a long way down the road and something we might manage to never do, but I don't want to give up just yet. Ambitious, I am, and everyone here knows that about me.

If you haven't already, check out my YouTube channel and find the first and second trailers (along with some playthroughs of Marble Blast STOP II levels) and get a glimpse of what you'll be experiencing in the future. I don't have many photos on here since I don't usually post here nor do I think its necessary, but if it does become something people want on marbleblast.com without having to look at Discord, I'll post a few here.
Join the server at: discord.gg/RGXfhbB

TAKEN FROM DISCORD: Marble Blast STOP II is on track to releasing on 7/6/2018 although it might have some missing things and some texture errors on the first release, but its up to the community to find them for us so we can release updates here and there (that's what updates are for!) Thank you for sticking with us throughout the duration of the development of Marble Blast STOP II. You won't be disappointed with the result, I guarantee.
=
As of 5/2/2018 the Advanced Levels are only two levels from completion which should take around five days to build and touch up!
=
May/June focuses on coding fixes and the building of Expert and Ultimate levels, then once we think we're for-sure a good to go, we're good to go! Remember: The aim is 7/6/2018 but we're not sure if we'll release it then, but no fear, it will be released before Summer 2018 ends in North America and other places in the world! Looking forward to more development and chats with you all, thanks guys and goodnight

Less More
07 May 2018 03:53 #2 by Isoplere
Replied by Isoplere on topic Nearing the end...
Let me also give you a quick sneak-peek for all of you, and let you know...there are fifteen custom level remakes in this modification.

Less More
11 May 2018 14:25 #3 by DukeofLeet
Replied by DukeofLeet on topic Nearing the end...
Congrats on getting so close to finishing the mod. I plan on trying it out very soon. 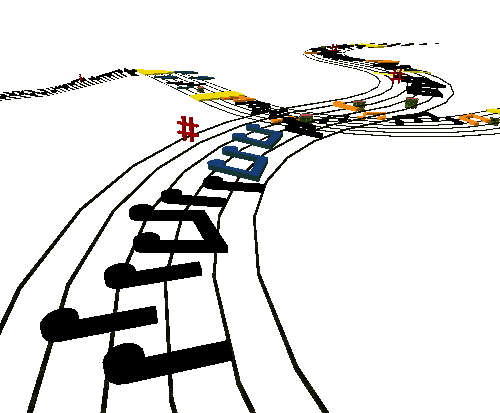 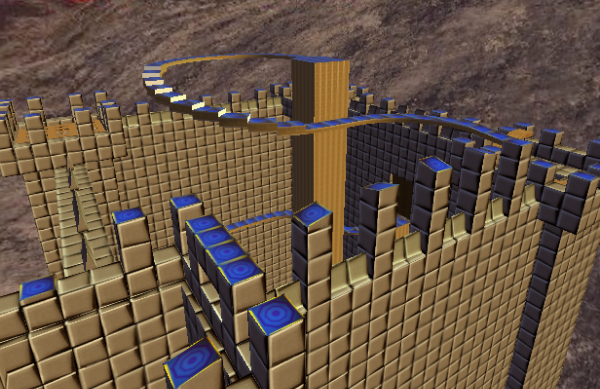 COURSE: Battlements II
(This is NOT Otto's Custom Level. It is a REAL SEQUEL to MBG's Battlements.) 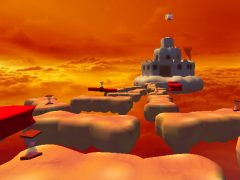 Josep_Nollette wrote:
That music-note level reminds me of a level from SpongeBob SquarePants: Battle for Bikini Bottom. That level was "Squidward's Dream", so the name "hPerks' Musical Dream" seems fitting.

I was really hoping someone online would get the reference. Nice catch! Yes, Marble Blast STOP II has a lot of references, sequels to MBG levels, custom level remakes - an "MBP" aspect (textures and skyboxes), so this game is really trying to bring a lot of well-built nostalgia to everyone.
Isoplere - Marble Blast Modder; getting better day by day, update by update.