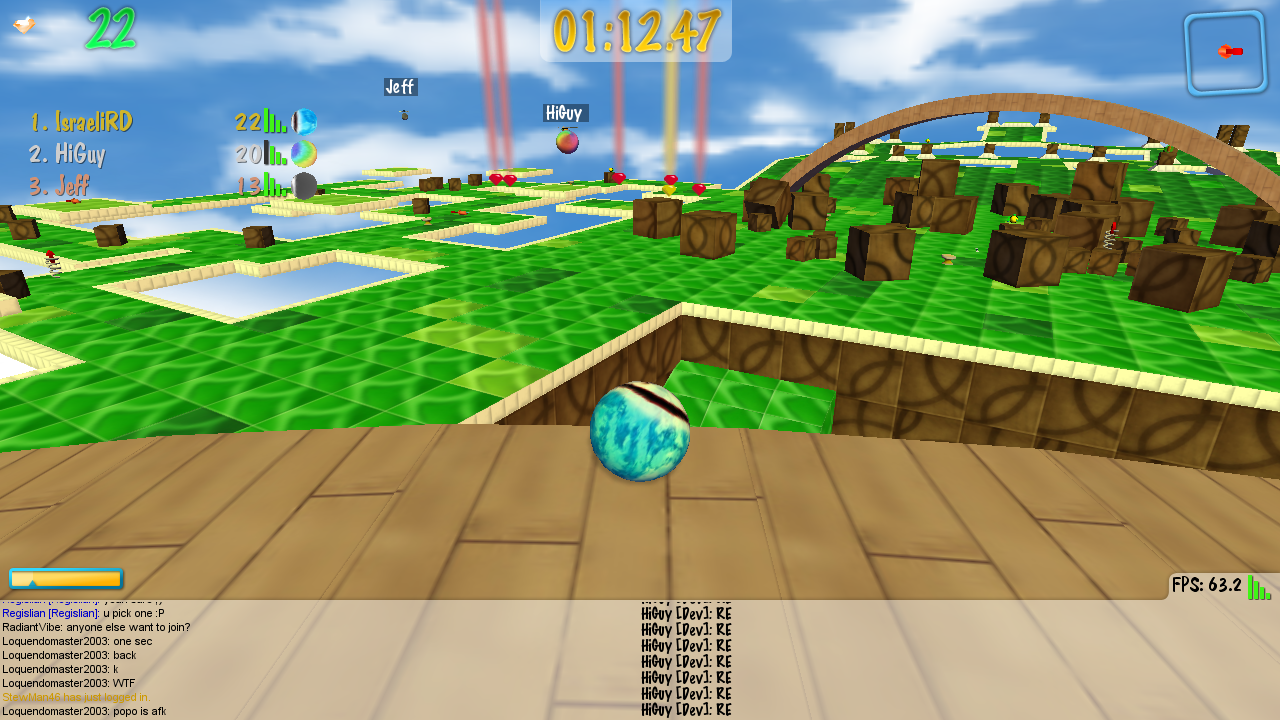 I think this image can say much more than anything else. But I’ll still explain. First, feast your eyes:

So what do we see?
1) Marbleland. A PQ level. In MBP.
2) Nametags, now you can tell even better who’s who
3) Radar now has a third mode, which now has the gem icons on the gems themselves, so you can see their location underground and behind other objects.
4) Not really well shown, but improvements to the movement system were made so it's so much smoother.
5) Moving Platforms. Now 100% working even with two or more players. That’s an engine fix, by the way.
And talking about engine fixes…
6) Jeff and I are playing on Windows. HiGuy plays on Mac. I’ll let you do the 1+1 here.

But otherwise, I'd have to unquestionably and whole-heartedly agree with my fellow community member Jack Kane here.