Marble Blasted was a project that has been on my mind for over five years now. It started out like any other Marble Blast Gold mod, scrapped or otherwise, with a bunch of reused MBG textures and below average custom ones. The project fell through sometime later, and I haven't thought of reviving it for a long time. Then PlatinumQuest's development build was released in early 2021, and it eventually gave me an opportunity to build a mod level pack hybrid from it, in an offshoot GitHub branch named BMdev1. This new iteration of Marble Blasted plans to have 5 chapters, each with 12 levels, most of them being recreations of custom levels I made over the years, giving them a fresh coat of paint and removing what didn't work in them.

Chapter 1 is almost complete, and it set to release at the end of this year. A trailer for Chapter 1 will be released as the release date draws nearer. The first test build created by RandomityGuy via a build script can be downloaded using this link below:

If you prefer to be up to date on the mod, you can go to the PlatinumQuest development repository and access the BMdev1 branch from there: github.com/The-New-Platinum-Team/PlatinumQuest-Dev/tree/BMdev1 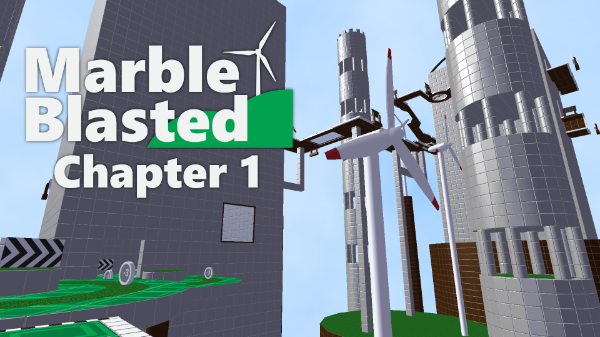