Less More
12 Aug 2017 12:33 #91 by RDs.The-dts-guy
Replied by RDs.The-dts-guy on topic NaCl586's Levels [NEW: The Utopia of Translation and Rotation]
Slowly getting arround playing your levels so here's the first batch.
I mostly liked naturous PQ remakes, they were done well and fit the theme.

Quick feedback (note: havent played most of these in GLC):

Beneath the waterfall: Really nice level, map was interesting, mostly fun to run through (maybe terrain was too high in some places which slowed down me a bit too much) My only complaint is that there were just too many gems, this would be good quota level for that number but for regular gem collection you don't need gem in every corner. Look at pathways in MBG, only about 70ish percent of level has gems and rest are just sub-paths to aid movement and pathfinding.

Grassland hopping:
Just too hard for my taste, couldn't finish it and gave up quite quickly, also I saw you used the old log model from MBA, I will definitely PQ'ise it.

Mini friction2: Nice and cute level, loved everything about it, even creative tightrope section

, it's also one of rare levels that instead of going upwards go downwards and works gameplay wise from restricting players from tacking unfair shortcuts.

Treetrunk Clamber: Would be nice If I could finish this, moving platforms are just bit too fast, almost as if all of them have 1000ms to next, the first moving platform was fine but 2nd was just wayy too fast. Shame, otherwise really good and fun level. :/

Will get arround playing rest of your latest levels soon. Looking forward for more! 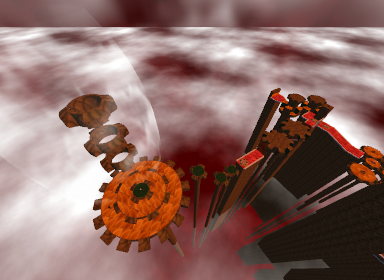 Level Desc: Time is ticking in this utopia of rotation in hell! Can you survive the cogs and gears madness before you run out of time?
Platinum Time: 2:15.00
Ultimate Time: 1:50.00

I didn't mean to create another utopia of translation and rotation, but I think I just accidentally made another one..
I'm just an ordinary marble blaster who like to create new and unusual things.

Creator of the Marble Blast GLC series
Check out and download my custom levels here .
Check out my original musics in this thread and in my soundcloud here .
Last edit: 26 Jun 2020 05:58 by NaCl586.