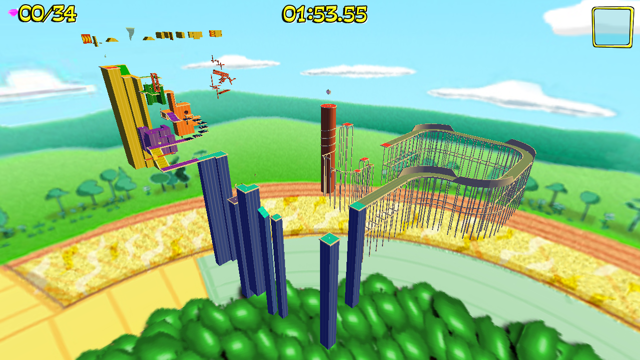 Less More
02 May 2016 00:57 #32 by Nockess
Replied by Nockess on topic Jkk39's Levels
Really glad to see a new level from you. I hope this is as good (or better) than your previous levels (though Green Journey may be hard to top).

Please don't tell me there's tightropes on the red pillar.

First player ever to get all of the Awesome Times.

Less More
02 May 2016 16:15 - 02 May 2016 16:26 #34 by RDs.The-dts-guy
Replied by RDs.The-dts-guy on topic Jkk39's Levels
I don't really know how to go with this.
Allright so lets tart with postive things.
Concept is awesome, I love it and this would probably be my personal level of the year if it (weren't for some issues). You managed to get the feel of MBG very nicely and I definitely love the art style. 10/10 hats off.
The ideas included in level are interesting and quite entertaining, while i think complete section dedicated to wallhiting is inappropriate (as it was not ment to be a game mechanic upon games release and rather a bug). Rest of challenge definitely told story of specific level were it was ''taken from''. Not sure if that was intentional but ether way that works. It almost asked for colors to match too

Now the sad part, there were quite a few niches that ruined the charm of the level. I never managed to finish whole level in single go (farthest i got was at space platforms after that I LE'd my way through to play all challenges).
Heres the quick map understand what I'm talking about. 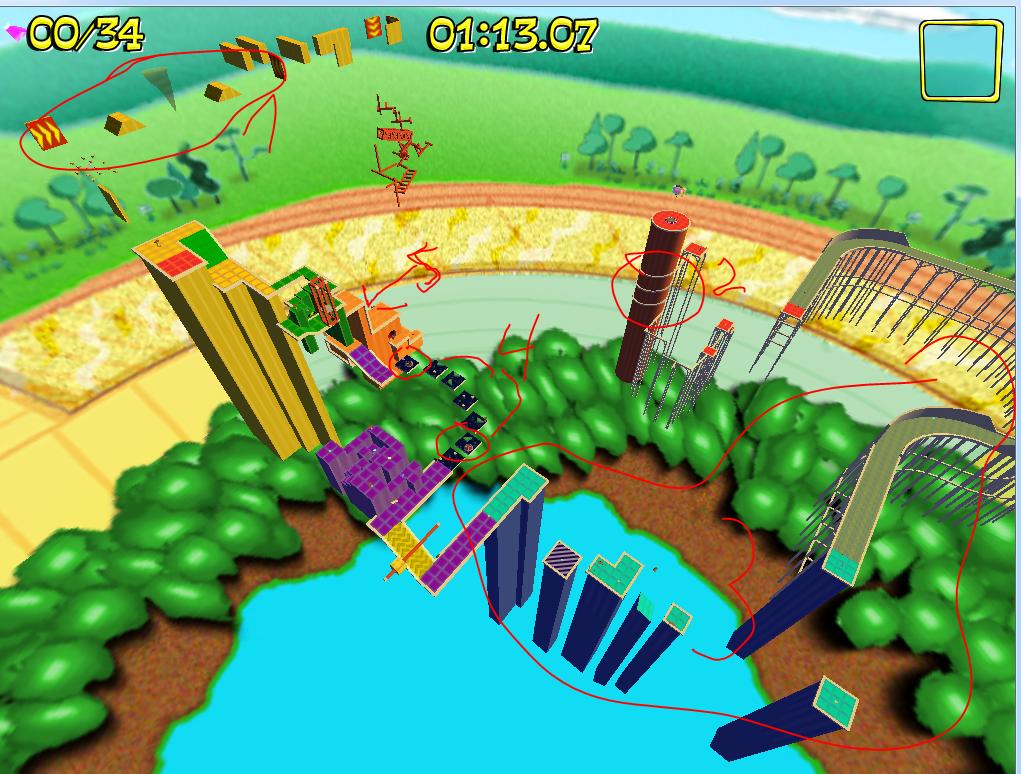 1.This is impossible, platform is moving too fast and you have no time to react and deal with tornado. In SOTF platform gave you plenty of time to react to tornado and decide how to deal with it. In fact it would've been better if platform was 4x4 tiles from the start. 3x3 is a bit too hard to manage for mediacore players like me that don't speedrun that much.
2.There is nothing wrong with having this sort of challenge but it way wayyy to long, those small edges don't let you move fast (you can make spiral smooth but that needs scale to zero plugin, if you're on skype i could teach you some of it) so it takes forever to beat, and if you're like me who fails often, beating this challenge over and over again is just annoying. One circle was just enough.
3.Nothings wrong with this, everything worked fine and fitted well

.
4.This rustled my jimmies a lot. How are you supposed to beat that normally, if you jump you get instantly blown away. If you''roll'' lack of friction makes is super slow to beat (if you're lucky and edge friction bug works fine). If this was mud texture it may not been that bad, but still... Only trick i found was jumping in from top using bounce from bumper but then it kinda defeats purpose of level being possible to beat '' normal'' way. I'm confused.
5.Not a biggie but gravity modifier items should be pulled further away from sides so that you would trigger it only when you are falling down instead of when you get near edge (current placement requires you to have run-up every time which works 70% of the time).

Sometimes if felt like you tried to cram things in level so they would end up level finishing in some specific place or something.
Overall level is good and all, sorry for my harsh criticism.
To be honest I would love to see second revision of this same level with some improvements i mentioned above. This level has so much potential and there are so many things I love about it, it just feels a bit sad that there are these huge flaws in the level that kinda ruin the feel of the level.

Less More
02 May 2016 19:00 #35 by Jkk39
Replied by Jkk39 on topic Jkk39's Levels
Thanks RDs. I get all of your complaints and will take them into account for future levels. I think a major reason for these issues is that I don't plan out my levels. Especially the moving platform part, it was the last thing I did in the level, and I suppose I was rushing through and just wanted it done and was running out of ideas. Likewise the first part, was made before I even thought of doing a huge compilation level. I know it's bad but I mainly do these with my free time and for fun. I will plan my next level though, as I'm sure I'll feel better about completing it. The tightropes were a mistake, I recognize that.

Thanks for your criticism. It'll help me a lot.

Less More
07 Mar 2019 18:35 #36 by Jkk39
Replied by Jkk39 on topic Jkk39's Levels
Hey folks, I released a new level called A Concise Course. Spent more time on this one to make it flow somewhat well, and better than the other levels I've made. Would love to hear some feedback if ya have any, good or bad.