×
Before posting, please read the rules pertaining to verification of times.

DevTime book coming soon. I have different rules (somewhat) for World Records than on here, so it's somewhere different.

In order to beat the Dev. Time I've obtained, a YouTube Video/Imgur (or whatever) Image is recommended for proof.
This is for proof so I can erase my name off the particular level of the Record Book and add yours, so therefore I can upload my own video beating your time XD
*current records here that mention the username Jiquor are real records collected by Jiquor 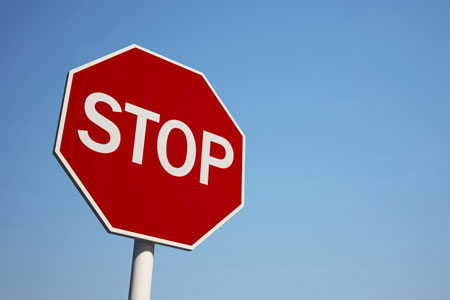 First, there's absolutely no reason to hold this list in a google doc. It's much easier to make the list in a forums post. If someone posts a time/video, all you'd have to do is scroll up (and maybe click the #1 page number if we get to that point in time), click "Edit", and add in their time. True, you can make things look fancier in a google doc, but let's move that aside.

The only screen record software you can use is BandiCam, Fraps, and Apple Quicktime Player’s Screen Recording Software. No, I don’t care about those dang watermarks (unlike some people…)

I use OBS. What do I do?
Also, you *might* get a little hate from Matan since you apparently say that one's not allowed to use a handheld camera to record. :^)

Except for me (obviously), a new record that’s set MUST be recorded and published onto Twitch.tv or YouTube.com for me to see. *cut* It MUST be saved AND recorded to make it a world record.

This is probably the worse rule here in my opinion. and I'm sure other people will agree if they're thinking the same thing I am.
You're basically saying you can add any time that you (meaning Jiquor) got without any proof, and that anyone else who wants to submit a world record has to go through all the trouble of recording a video, editing the video, posting the video on YouTube, and sending the link to you? Besides the fact that it's really annoying, a lot of the times you claim to have gotten seem impossible (6.00 on "The Airless Vacuum of Space" for instance).

Any video that you make MUST have my username ( Jiquor ) in the video/stream description.

If Matan decides to play MBStop and put some recordings up, there is a separate book just for him so things can be more fair on this book (because Matan knows his shortcuts and stuff!) Hey, count it as a Personal Matan VIP Record Book for Marble Blast STOP, ok? Ok.

No, not okay.
I'll give you this. Matan's a very long-time member of the Marble Blast community, he's the community leader, and he's very skilled at Marble Blast. All of this does not change the fact that he's still a regular member (pushing aside everything I said except the last bit).
Let's take Dushine or Imperial for instance. They're both very long-time members of the community, they're both very skilled at Marble Blast, they are more skilled than Matan in some cases, but neither of them are staff. Does that mean they get a "Personal Dushine/Imperal VIP Record Book"? No.
What I'm saying is that if Matan submits a record, it goes down in the normal list. He may be pretty swag (because Threefolder has said so many times), but that doesn't give him an advantage (or disadvantage?) towards the record list.


Finally, 24.34 on Yellow Spiral.
First player ever to get all of the Awesome Times.
The following user(s) said Thank You: snowbody

Rosalyn wrote:
What I'm saying is that if Matan submits a record, it goes down in the normal list. He may be pretty swag (because Threefolder has said so many times), but that doesn't give him an advantage (or disadvantage?) towards the record list.

Yeah, Matan may be swag but no way he deserves his own list. He's almost always busy at work, and he spends most of his free time working on PQ, so don't get your hopes up for Matan getting a few WRs here.

As for the screen recorder thing, there's absolutely no reason to have any restriction on this. They all output video, right? You couldn't tell the difference between registered Fraps and OBS.

That being said, good luck to those who participate in this.