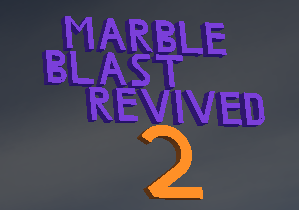 In late 2013 I decided I wanted to, um, "redeem" myself for the abysmal MBR. This time, it wasn't just me working on this, but Jeff helped out with code and Whirligig helped out with some shapes, amongst other contributions. But the mod died a quiet death anyway, mainly due to how sub-par 14 year old me was at making levels. After development on the mod stopped early in 2014 I just left the community until April of this past year. And now I'm on PQ, so uh... follow your dreams?

Some features include:
-Wonderful Kevin MacLeod soundtrack
-Nice bitcrushed SFX
-A slightly functional prototype Super Stop
-At least 9 levels
-An option for a top down camera because that was definitely a good idea
...And so much more! (not really)

Here's the download link to the mod. (50 MB compressed, Windows only)

Please note that all code additions are copyright Jeff Hutchinson 2013-2014, and they are under the 3-clause Berkley Software Distribution (BSD) License.
The exe file included with the mod was created and modified by the Platinum Team.
Follow me on twitter at @threefolder

Less More
22 Dec 2015 11:00 #2 by Kalle29
Replied by Kalle29 on topic Marble Blast Revived 2 [INCOMPLETE RELEASE]
As someone who has seen both Threefolders early levels and his PQ levels I can 100% stand behind this quote:

seems like one of those features that were included just because you wanted to include something, and zero thought went into thinking about the gameplay aspect.
"Make a level pack, not a mod"

moral of the story: don't make one bad mod when you can make two bad mods and get into PQ.
༼ ͡◕ ͜ ʖ ͡◕༽ You have been visited by the Nivea™ Donger of moisture. Soft skin and good fortune will come to you, but only if you post "thank you Mr. Skeltal" in this thread ༼ ͡◕ ͜ ʖ ͡◕༽
The following user(s) said Thank You: Three, Derpky

WinterWeather wrote:
If these textures stay like this I'm gonna flip out.

I don't know if you read the first post but this mod has been dead for over a year and a half now...
Follow me on twitter at @threefolder

Less More
31 Dec 2015 22:50 #5 by NuclearMarble
Replied by NuclearMarble on topic Marble Blast Revived 2 [INCOMPLETE RELEASE]
Um, for some reason when I open MBR2, it plays the audio and shows in my taskbar that it is open, but I can not find the game window.
Marble Blast is love, Marble blast is life.